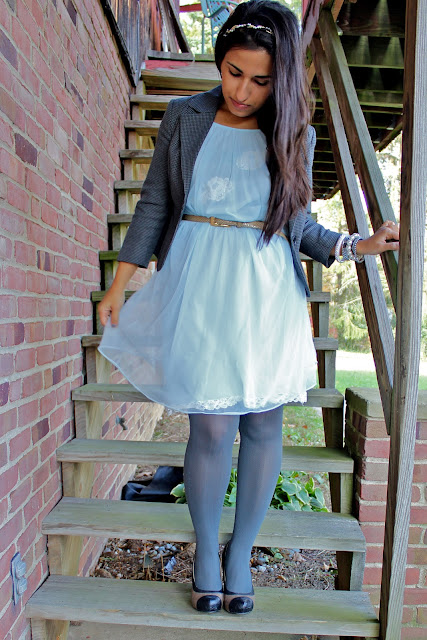 I remembered the spread on wearing lingerie as outerwear in Stacey’s thrift guide when I bought this nightgown. As soon as I saw it I thought it could pass for a dress, in fact, I’m pretty sure I saw something very similar to this style in the Love 21 line during the pastel trend explosion. I instantly loved the soft, feminine light blue color in this nightgown and what really sold me was the simple neckline. I wasn’t looking for nightwear when I came across it but if I was then I may opt for a silk nightgown for future reference as that would not be easy to wear outside, so I won’t be tempted! Realizing that wearing a nightgown as a dress would be a bit crazy, I went back and forth over this at Goodwill until I decided I’d give it a shot. I played around with it by layering it under a chunky sweater and wasn’t crazy about it, I then tried layering it under another dress until I settled on a simple fitted H&M blazer that I bought at the Village Discount Outlet for 75 CENTS! I added a belt to give it a little bit of shape.

Not gonna lie, I was a little nervous when I stepped outside in this because I just felt like everyone knew I had a nightgown on, but nobody seemed to notice. In fact, a couple of people complimented me so I made a point to ask them if they had any idea I was out of my mind and wearing a full blown nightgown. Luckily for me, they were surprised. 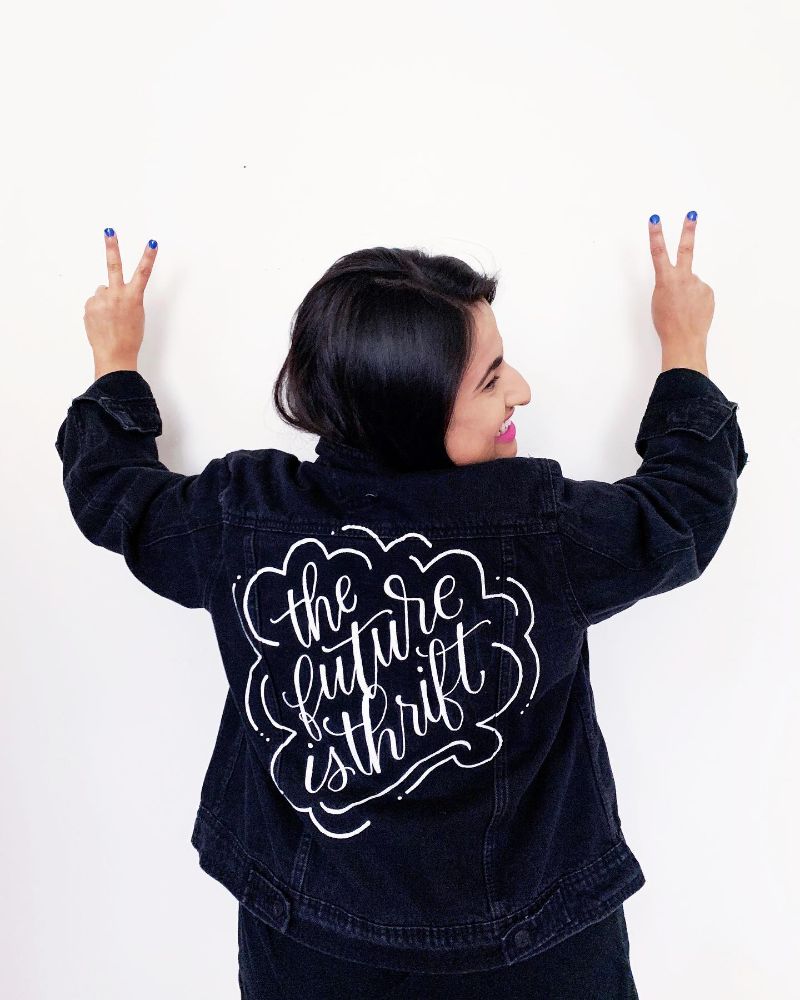