Most of what I knew about the Azores Islands was based off an Anthony Bourdain episode and a terrible tourism video on YouTube. My husband really wanted to honeymoon there and for some reason, none of those were enough to convince me to go. However, after a few last minute and unexpected changes to our Spain and Portugal vacation, we decided to spontaneously add the Azores to our trip. It was one of the most beautiful places I’ve visited and the best part is that it’s affordable and easy to get there. 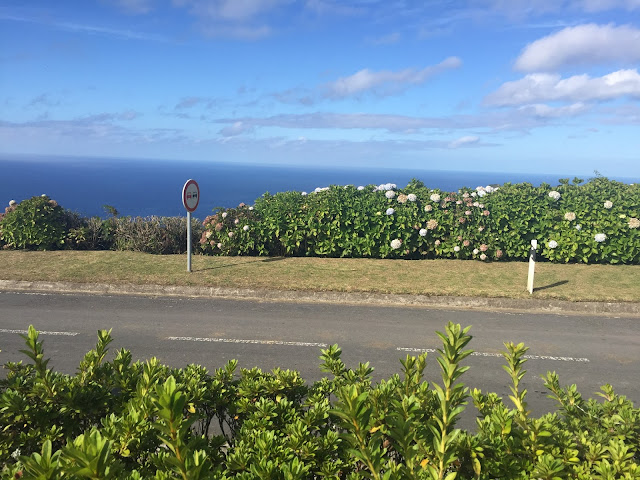 The Azores islands are just west of Portugal in the North Atlantic Ocean. We stayed in the main capital, Ponta Delgada. It’s very easy to travel to the Azores. We went to Lisbon, Portugal first and then traveled from Lisbon to the Azores for only $40 on the budget airline, Ryanair. The flight home to the States from Ponta Delgada to Boston took only five hours.

Staying there and getting around.
We stayed at a breathtaking Airbnb in Ponta Delgada. Splitting the cost of the house was extremely affordable. You definitely need to rent a car in the Azores. Renting one is easy at the airport. If you know how to drive a stick, you’re in luck because renting an automatic transmission is double the cost and hard to find in Europe. We went in late September, early October and the weather was perfect with highs of 70s and 80s F during the day and a bit chilly at night. It gets really chilly at the top of the mountains so you definitely want to pack layering pieces.

Things to see and do:
The Island is quite and slow, so if you’re looking for a fast paced vacation, the Azores probably shouldn’t make the list. You’re better of visiting Lisbon if that is the case, as we found that there was a lot to do. So much to do in fact, that we didn’t get around to doing it all. We had heard that some people had taken part in kitesurfing with Kite Control Portugal in the Obidos Lagoon and thought that this would be right up our alley, and it was only a short drive from Lisbon. Even better. But we found out about it at the end of our trip and so if we come back, this will definitely be at the top our of list. It was probably a good job that we didn’t get round to it as we were already tired out by all the other things that we did. The Azores was the perfect slow ending to a busy trip in Barcelona and Lisbon. Be prepared to be in awe of the shockingly beautiful landscape. I mean, really it’s almost hard to put into words. We were there for about four days and we felt as though we had seen pretty much everything on our list.

Portas da Cidade. Visit the square to see the white and black gateway. Stay for lunch and shopping. 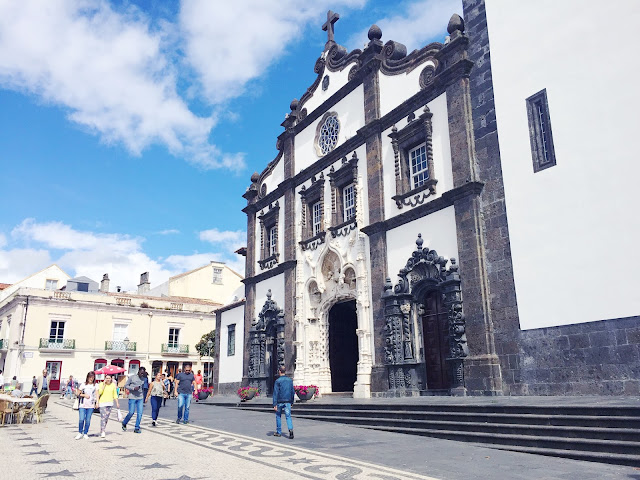 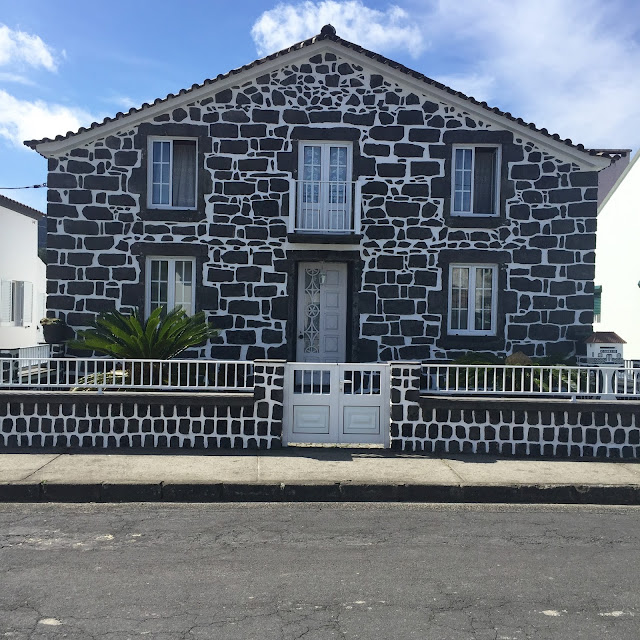 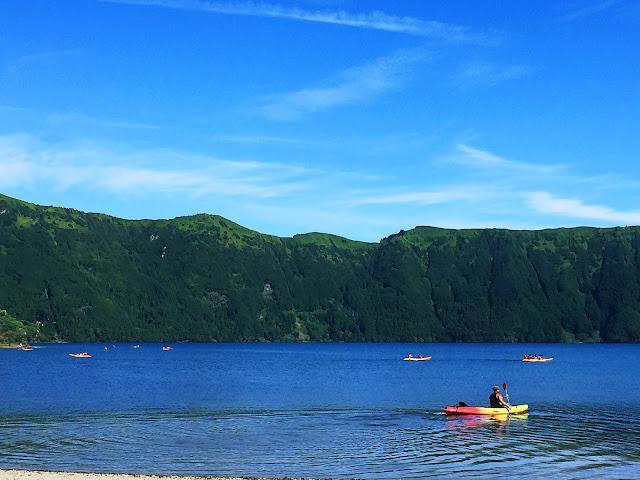 Hydrangeas. The island is known for its hydrangeas everywhere. Literally, everywhere. 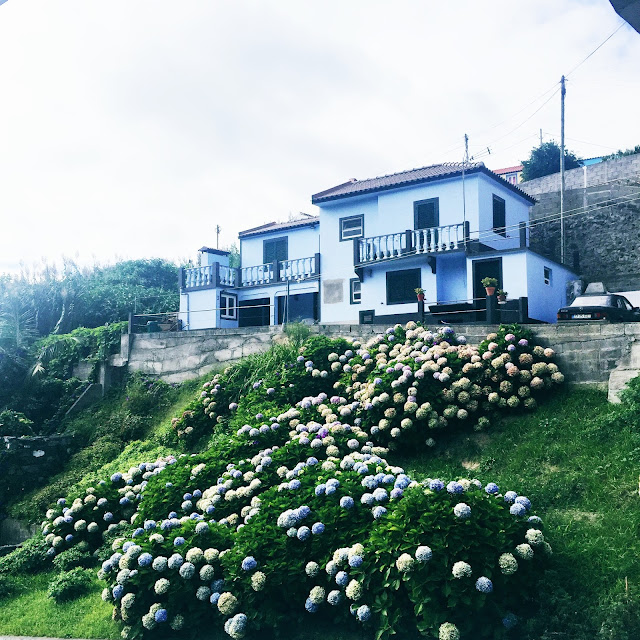 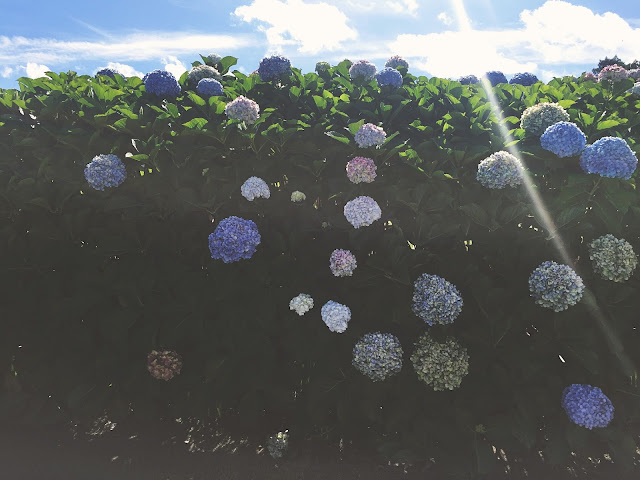 Mosteiros. A beautiful beach with black sand alongside a charming town.

Ferraria. The Azores is known for its hot springs. This geo-thermal spring heats up the ocean and you can take a dip in warm water! Plus, the rocky volcanic beach is quite a sight to see.

Lagoa do Fogo. A place where no photo could ever do it justice. We hiked to the bottom of the volcanic mountain and back up. It’s a workout, but well worth it. An absolute must see. 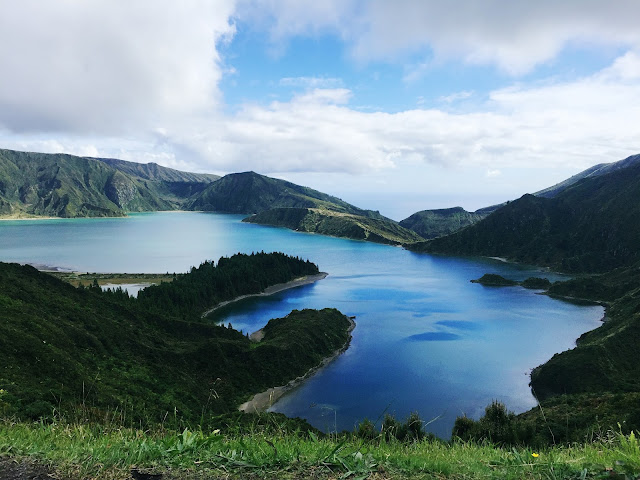 Furnas. Plenty of hot springs to see and warm baths to take! Be sure to check out one of the restaurants where they prepare stew underground using geo-thermal heat.
Other tips:
The island is a part of Portugal so the language spoken is Portuguese. Currency is the Euro. Tipping isn’t required, cards accepted at most places but cash is preferred.

Part One: 12 Months of Thrifting Lamps